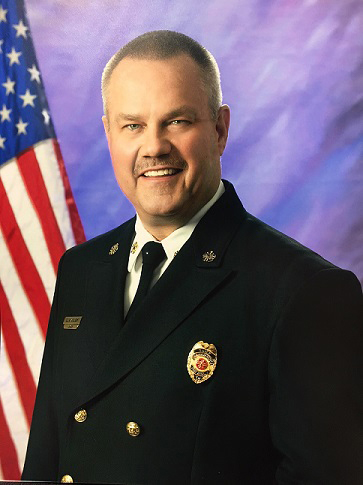 Chief Larry Farley is the first Fire Chief for the Rutherford County Fire Rescue which was established on July 1, 2010. Chief Farley’s career in the fire service began as a firefighter at the Lascassas Volunteer Fire Department in 1989. He was then promoted to Lieutenant and served in this capacity for one year, when he was promoted to Captain and then to Assistant Chief. In 1992, he was promoted to Fire Chief of the Lascassas Volunteer Fire Department. His sixteen years of service in this position concluded when he was appointed by Mayor Ernest Burgess as the Fire Coordinator for Rutherford County on April 1, 2008. On July 1, 2010, Chief Farley was appointed Fire Chief of the Rutherford County Fire-Rescue Department.